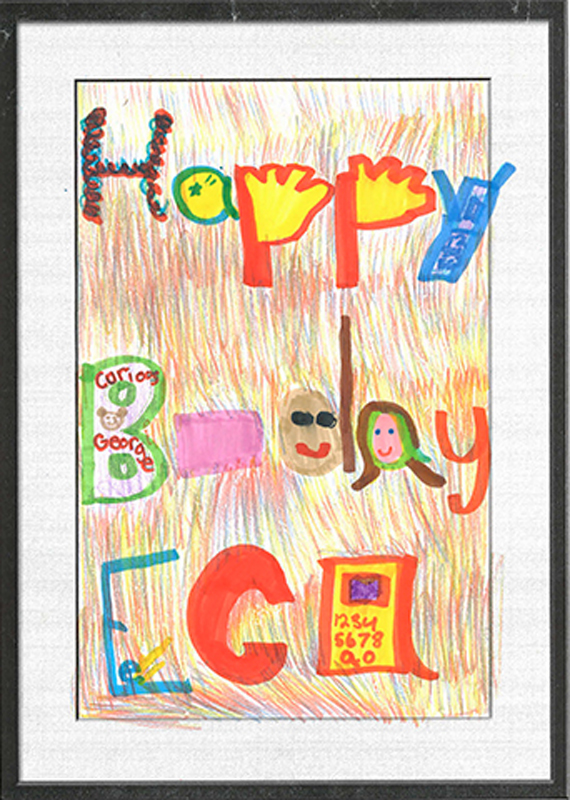 I drew a picture that represents what we didn’t have before ECA came along. I drew a Slinky as an H, the A as a Frisbee, the two Ps as French fries to resemble McDonald’s, and a Y as a cell phone. Then I drew a B as a Curious George, the dash as a Post-It, the D as a Mr. Potato Head, the A as a Barbie Doll, and the Y as nothing. Then I drew an E as the internet symbol, the C as a bubble letter, and last, the A as a calculator. And that spells Happy B-day ECA! Truly, Happy Birthday ECA!! 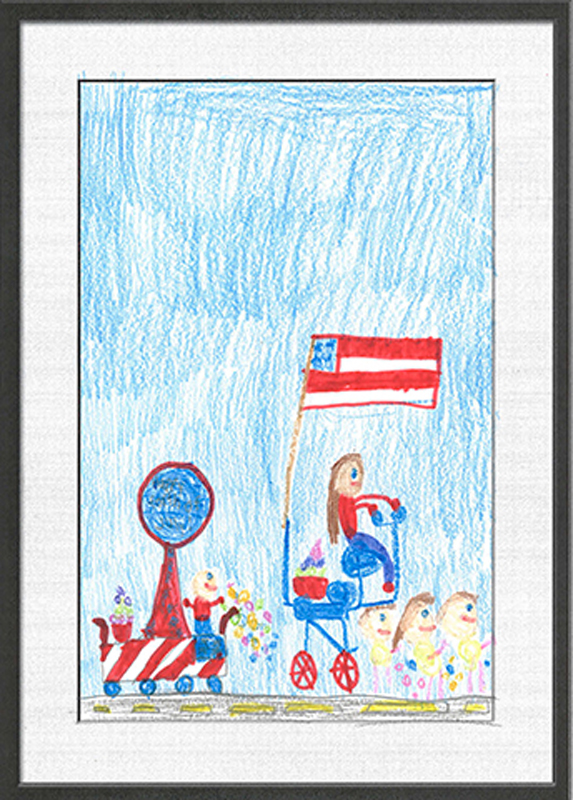 I drew a Fourth of July parade going on. 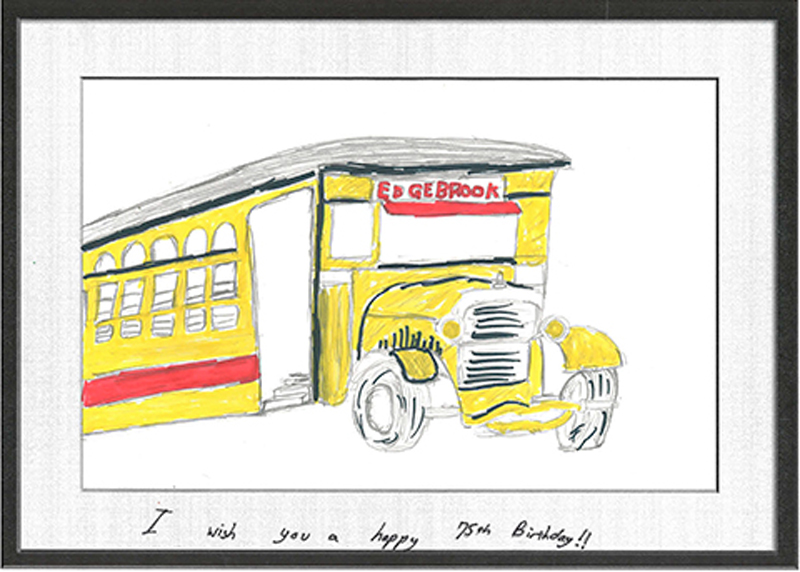 Edgebrook bus service to Ravenswood El at Lawrence and Kimball. It has passengers inside going to the Edgebrook Golf Course. It is very old also. It was photographed in about the 1930s.

I decided to not color in my drawing because there was no color in 1852.