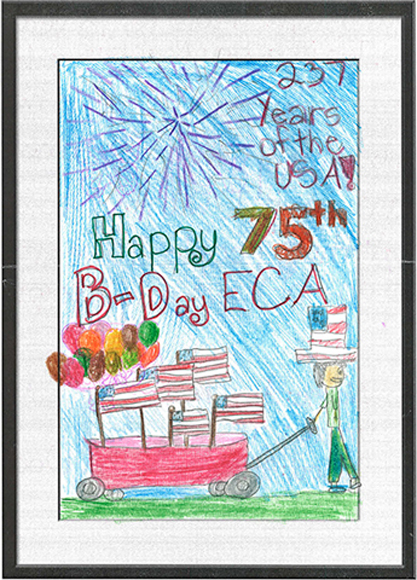 My picture is about the 4th of July parade, if it were 75 years ago. It is a boy that has a lot of 4th of July spirit. He is holding a red wagon that has American flags in it. I wanted to show that the people 75 years ago did not have any less spirit. 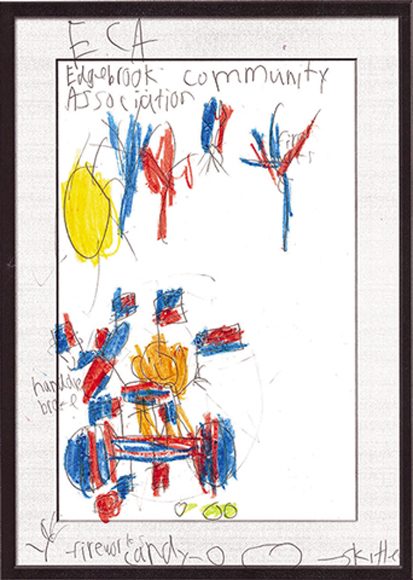 My picture is about me on my bike with the American colors. 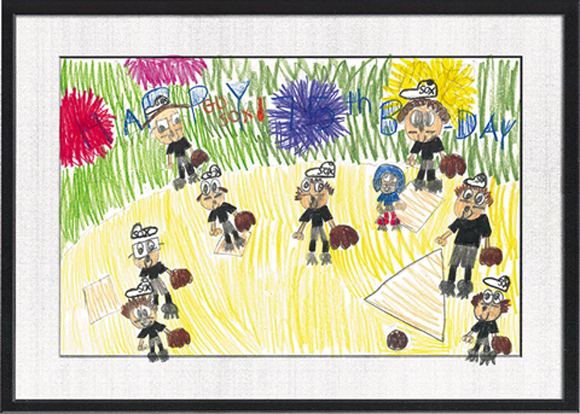 75 Years ago in Edgebrook one of the favorite sports was baseball. 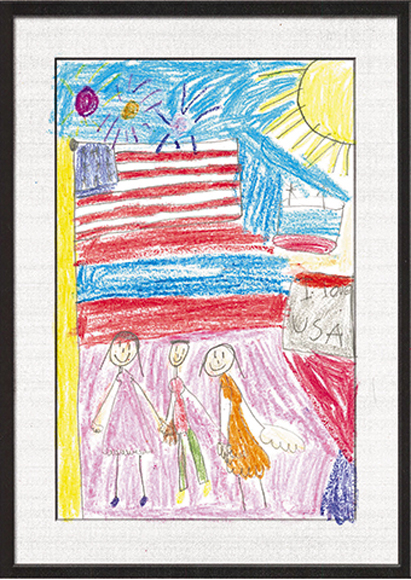 I drew a picture of people holding hands to show that you should work together as a team. I also drew the flag because Americans celebrate the 4th of July. 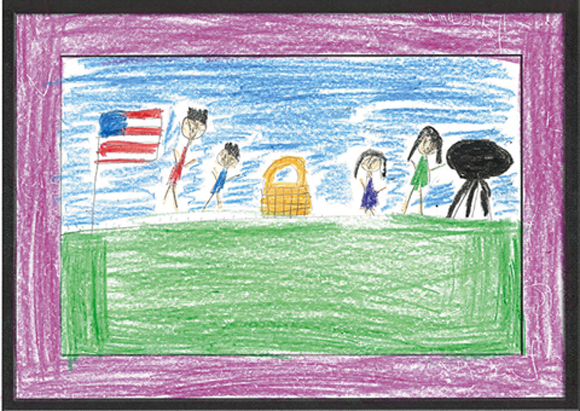 My picture is about me and my family having a picnic in the neighborhood. This is an old-fashioned barbeque. 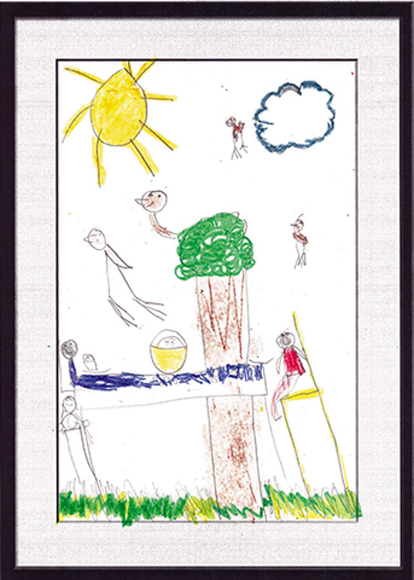 Edgebrook has always been a place for family and 4th of July fun. 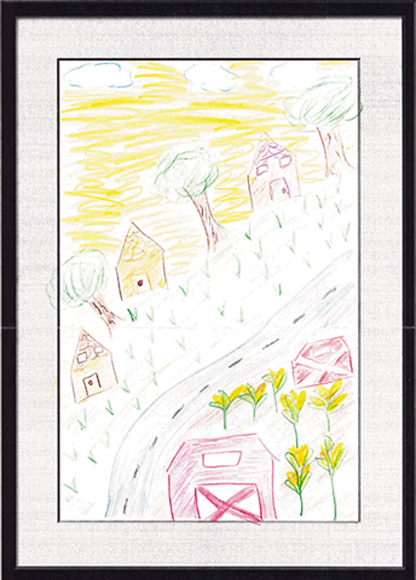 Edgebrook was farmland. It was a landscape. 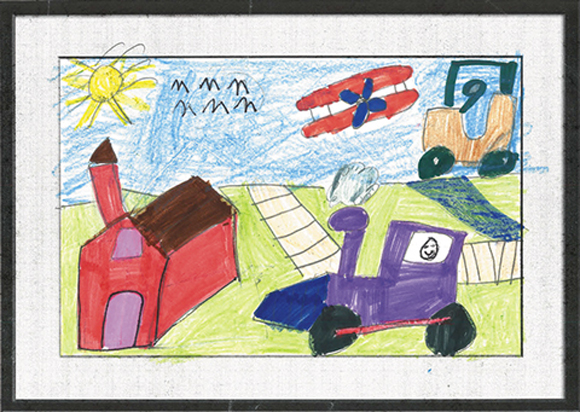 Bria believes in 1938 Edgebrook would have barns, choo-choo trains, and old time cars. She also thinks that the sky would have propeller airplanes along with birds. 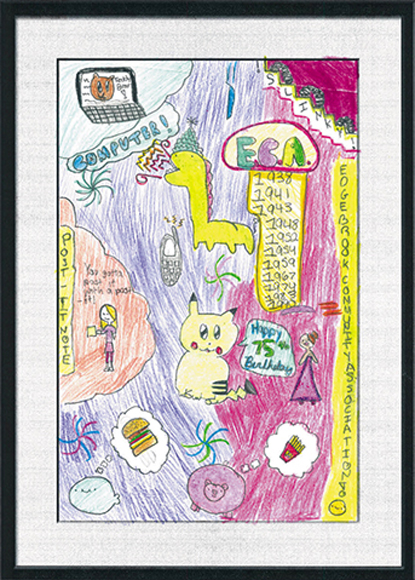 My poster has a lot of elements . Most of the things are random, but they have something do with the ECA through the years. Some things I used were McDonald’s, Frisbee, Barbie, Post-It Notes, Slinky, the internet, and a cell phone. I also used Picachu, a dragon, a pig, and a fish. 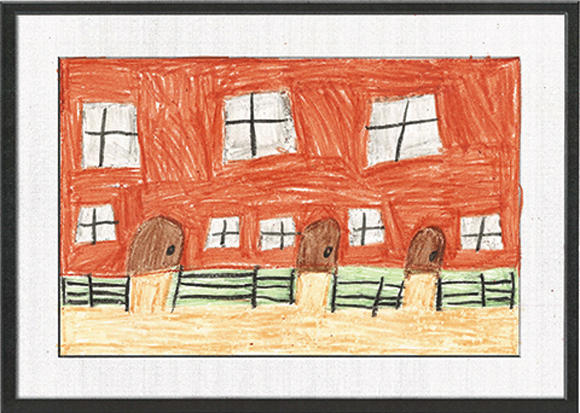 This is a picture of my school | Edgebrook Elementary [build in 1938]. I love Edgebrook! 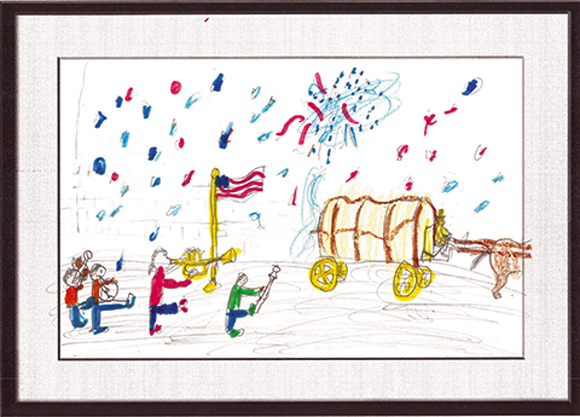 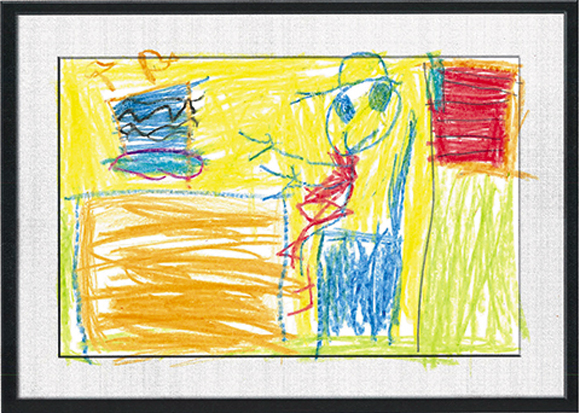 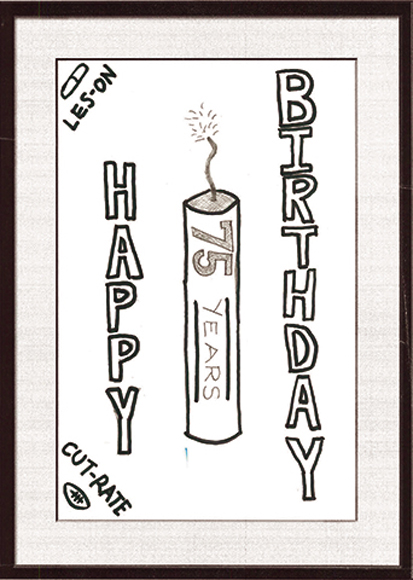 My mom and dad moved to Edgebrook in 1999. Downtown Edgebrook looked a little different back then. Two of the stores that were there then, but no longer are, were Les-On Pharmacy and Cut-Rate Toys. I remember Cut-rate Toys more than Les-On. 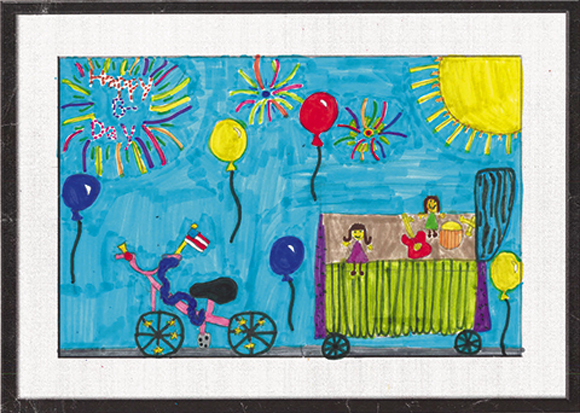 I drew this because I love parades and it is America’s birthday and I love the outdoors. 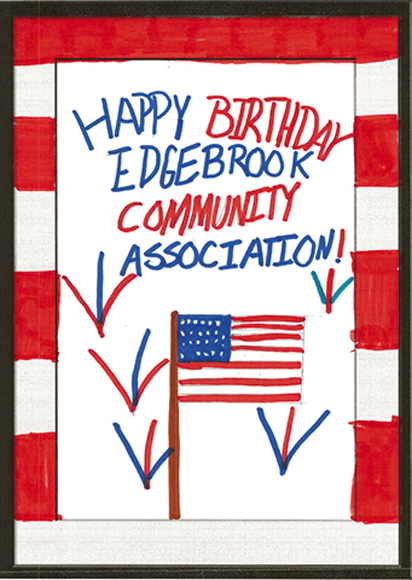 Happy Birthday Edgebrook Community Association! I drew an American flag and red and blue fireworks. For the border I colored red and white stripes to look like the American flag. 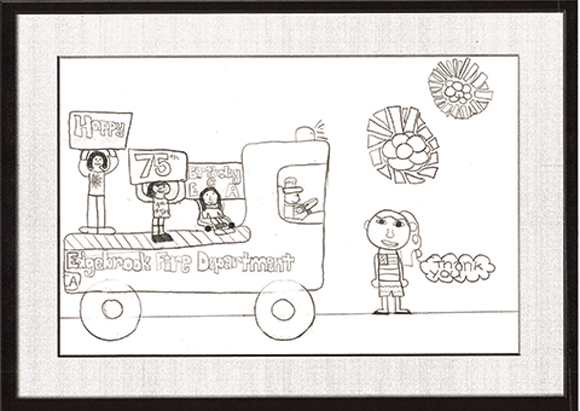 My poster is celebrating ECA’s 75th birthday. It is also celebrating the 4th of July. My poster includes fireworks and a fire truck. On top of the fire truck are people saying “Happy Birthday to You” and “Congratulations.” I thank you. P.S. It is supposed to be in black and white. 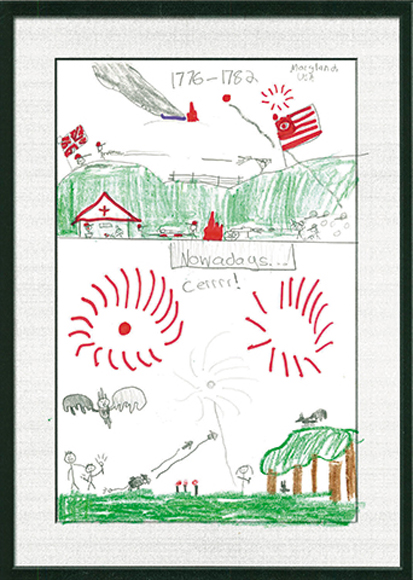 I drew the Revolutionary War and the celebration of the 4th of July. The fireworks show all of the explosives during the war. 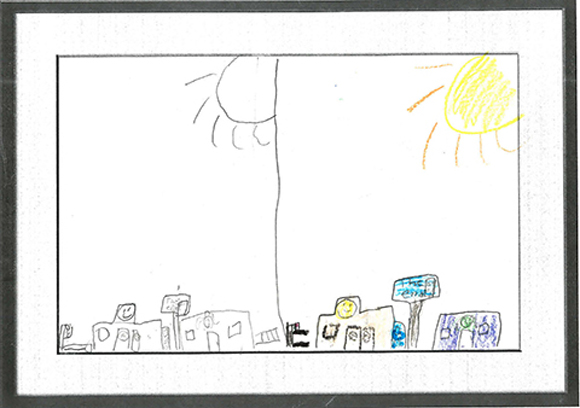 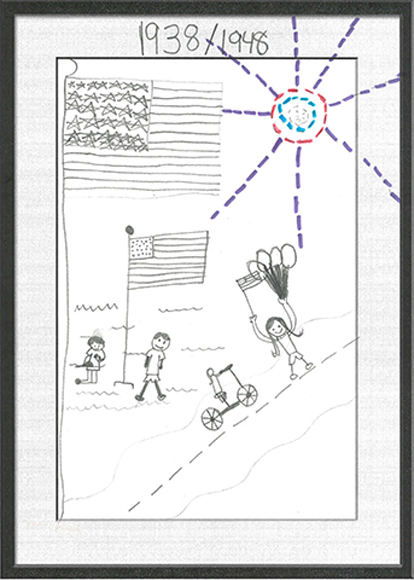 I drew fireworks and a bike rider behind a person waving a flag. I also drew a person saying the Pledge of Allegiance. 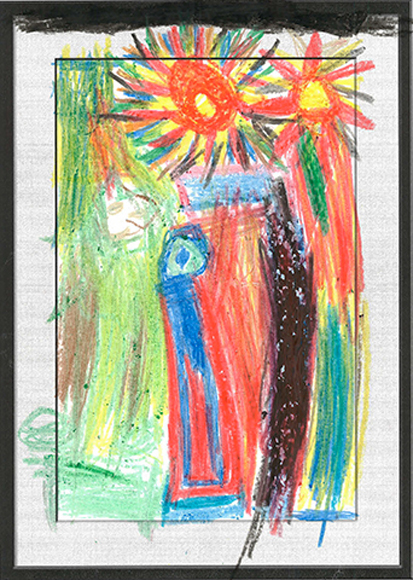 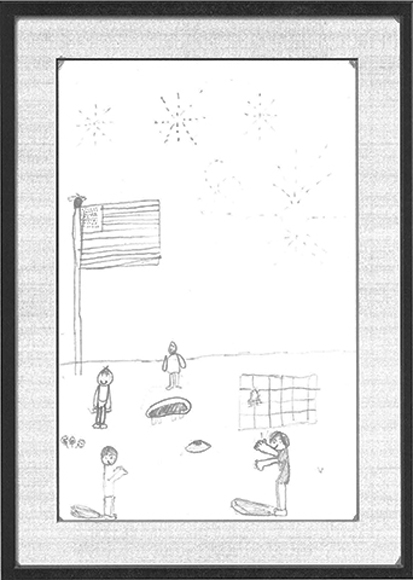 Everything was pearceful and nice in 1938. That’s why I did it in black and white – because it was long ago. 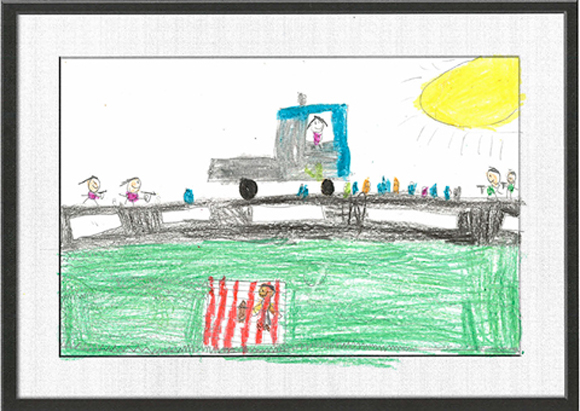 This is a picnic and people trying to get candy. 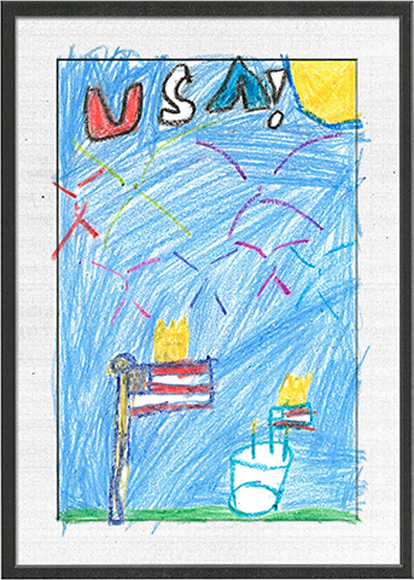 I drew a picture of a flag and a cake and fireworks. I drew those because I ? the USA! 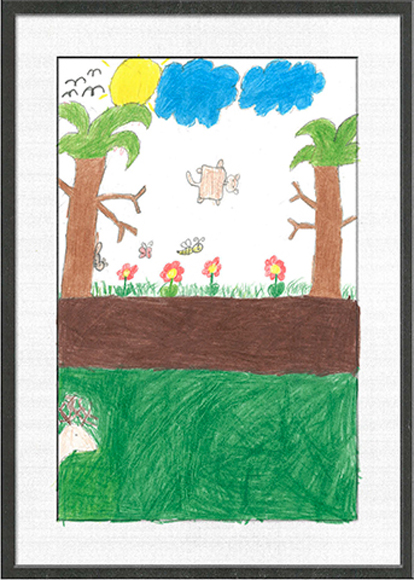 My picture is about Edgebrook Forest Preserve. I drew it because I want to show people what animals live in Forest Preserve and also to say DO NOT LITTER. 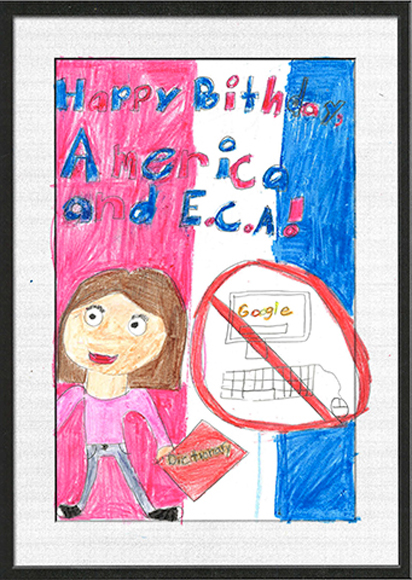 In 1938 there were no computers. There were dictionaries though. You had to look up thing in the dictionary. You could not go to Google. 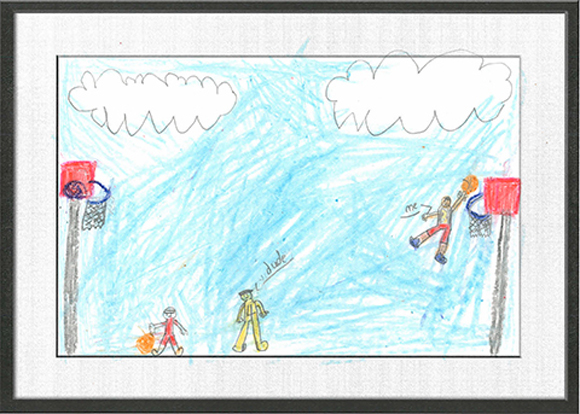 My favorite part of Edgebrook is the basketball court because I think it is great. 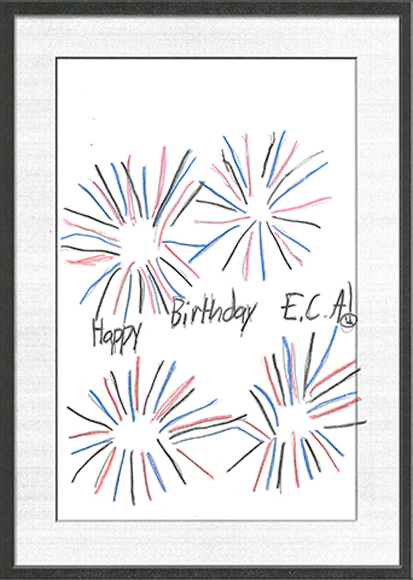 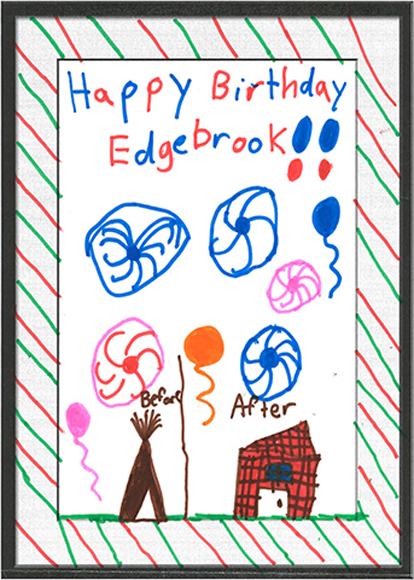 I drew Edgebrook with the American Indians living in it and then later, with some modern new houses. I also drew some balloons and fireworks. 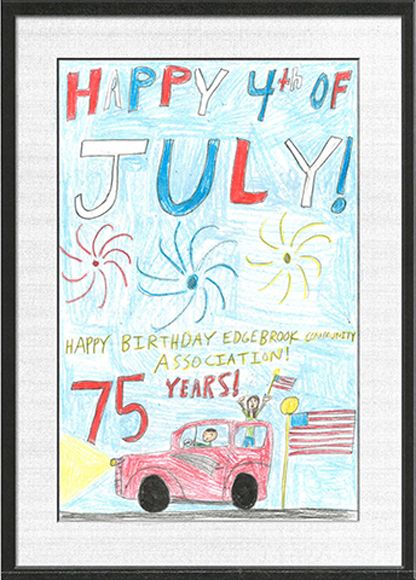 In my picture I drew an old-fashioned car from the 1930s and wished a Happy 75th Birthday to the ECA. I also drew an American Flag and some fireworks. Happy 4th of July! 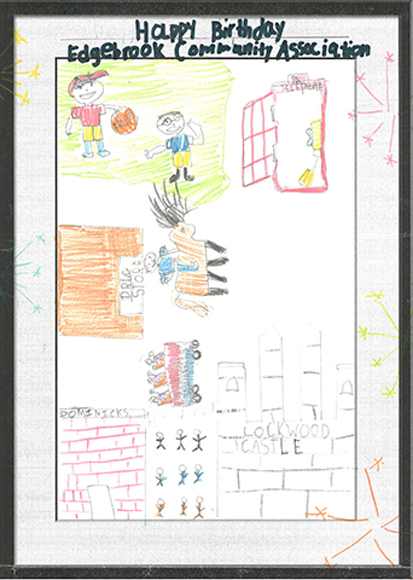 This July 4th Parade takes place in downtown Edgebrook in 1938. Lockwood Castle, Dominicks, and Less On Drug Store were the businesses that neighborhood people would shop. Kids played with Frisbees. People used a pay telephone to make calls.