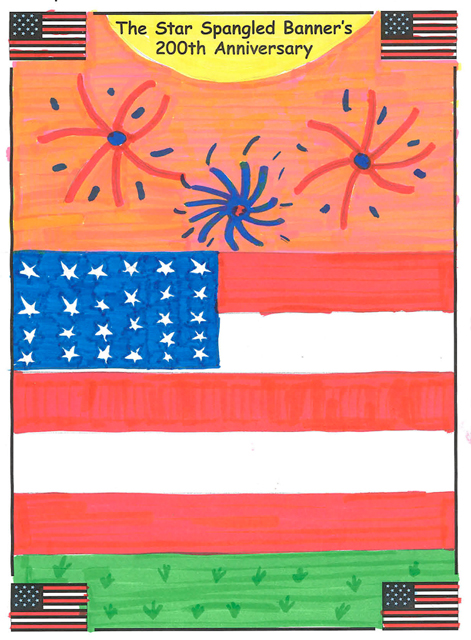 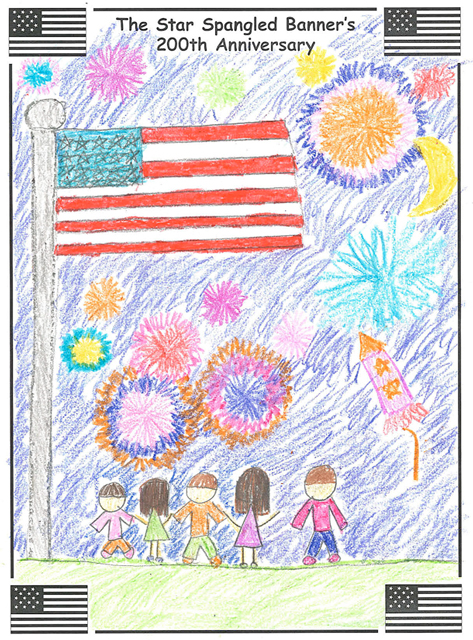 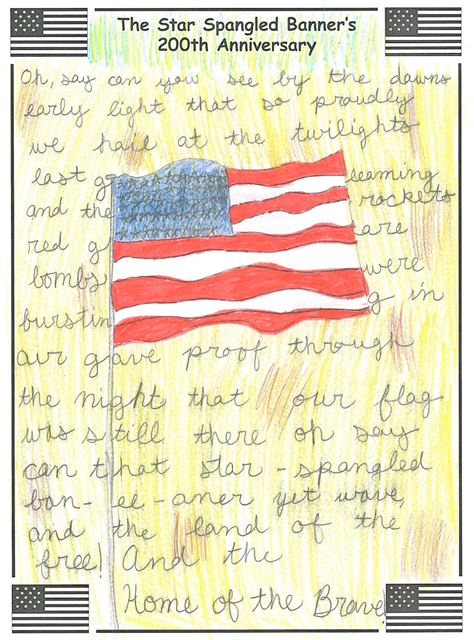 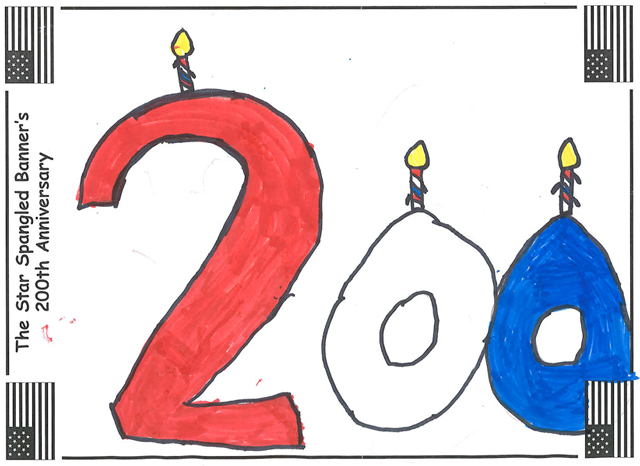 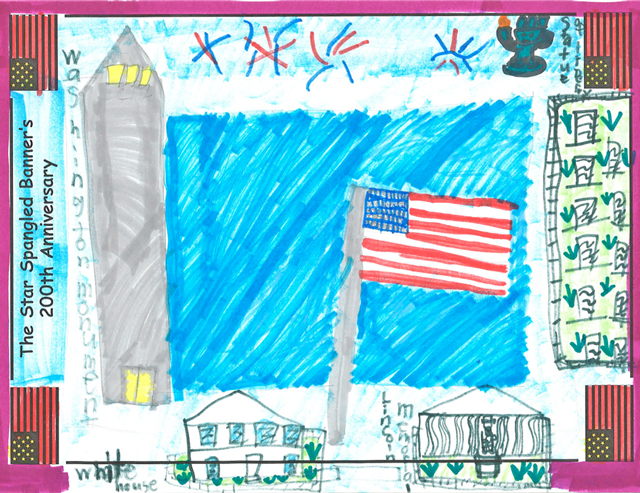 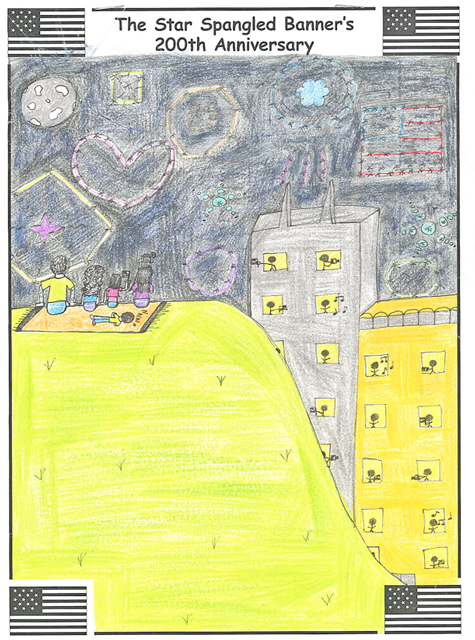 What I think of when I hear "The Star Spangled Banner" is my family and I sitting on a hill, watching the fireworks over the city buildings. It's nightime and my mom is taking videos and pictures of the fireworks. We are are sitting on a big blanket. It's really late at night, so my brother is sleeping on the blanket. The city lights are on in every window of every building. Everyone downtown is watching the fireworks. There are American flags everywhere. People in apartments are waving . . . their flags. There are fireworks painting pictures of America in the sky. My little sister is waving a tiny flag in the air, being proud of our country. 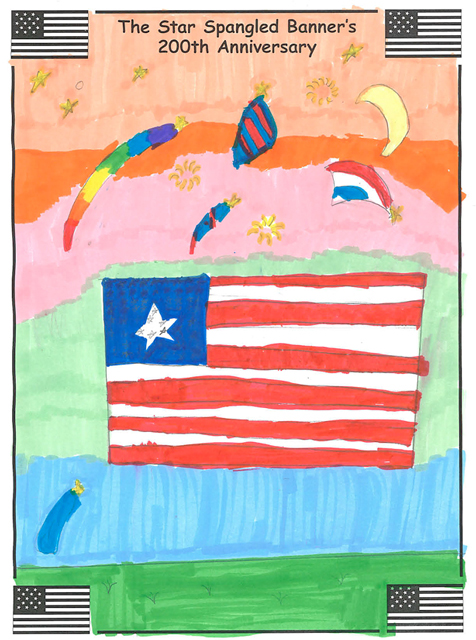 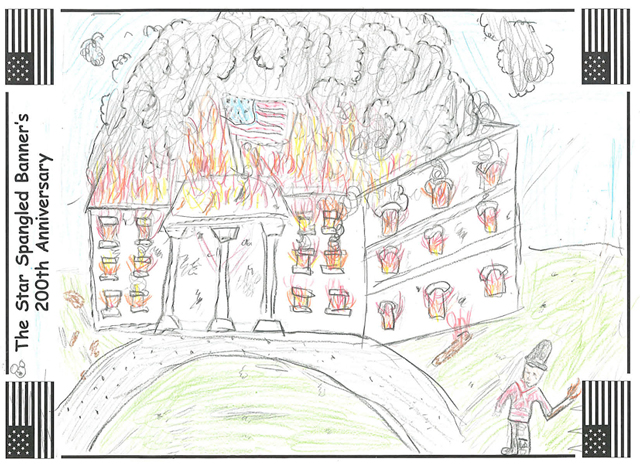 When I think of the Star Spangled Banner, I think of the history around it. For instance, in 1812 war began, the British marched into Washington, D.C. in the dead of night and burned down the White House (which used to be called the President's House). Also, the White House is about 235 year old. Also, the Capital building burned down. Both buildings had so much damage that they practically had to be rebuilt from the ground up. Then that's when America declared war on Britain. Francis Scott Key saw the American flag flying over Fort McHenry and that inspired him to create the Star Spangled Banner. 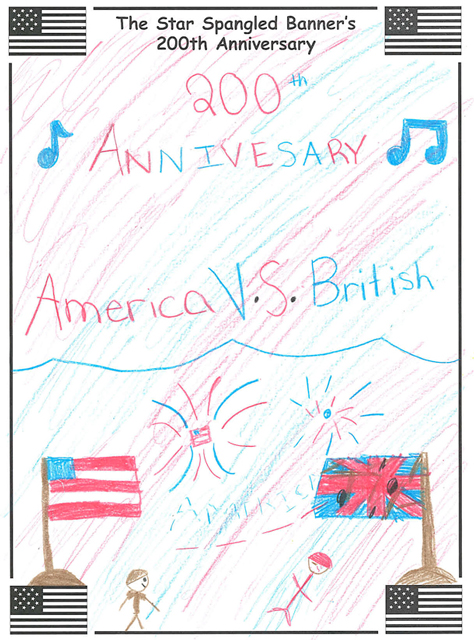 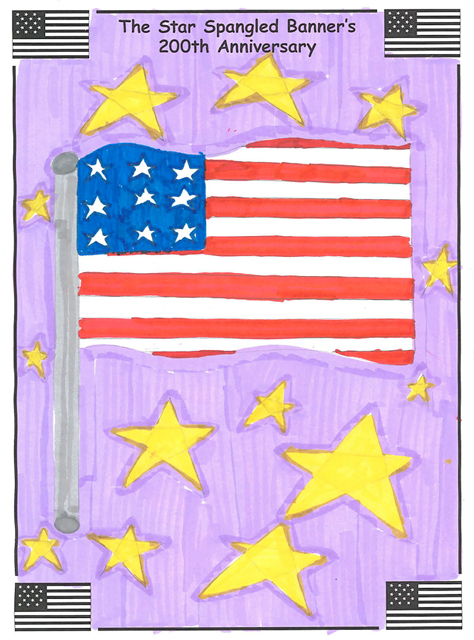 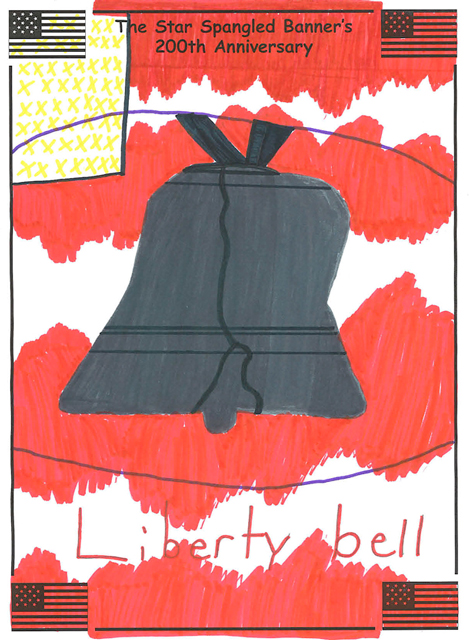 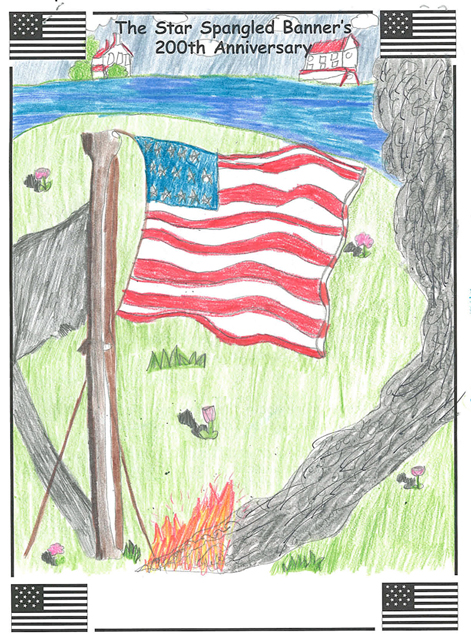 Whenever I hear the Star Spangled Banner I get a feeling that we are one big nation. It makes me feel united. I feel as if we won the war 1,000 times. As if without victory the sun would not shine over us every day. We are one. Freedom has been in the air since 1812. U.S. together we create a strong, big country. We are united and proud to be. Let U.S. live on to be strong and trustworthy. 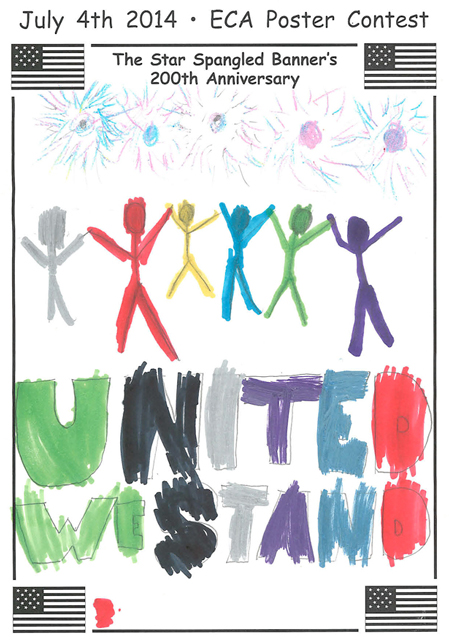 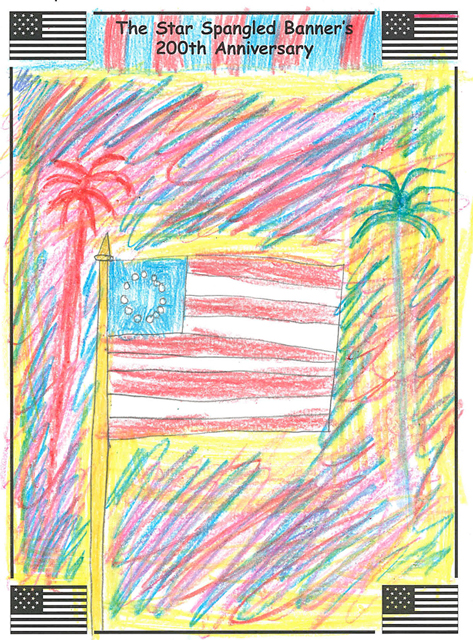 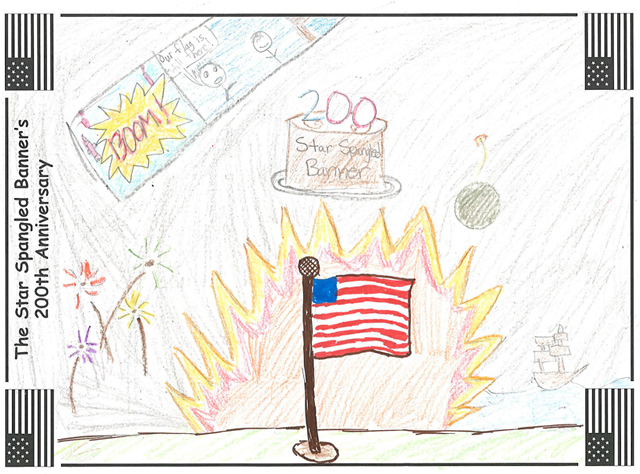 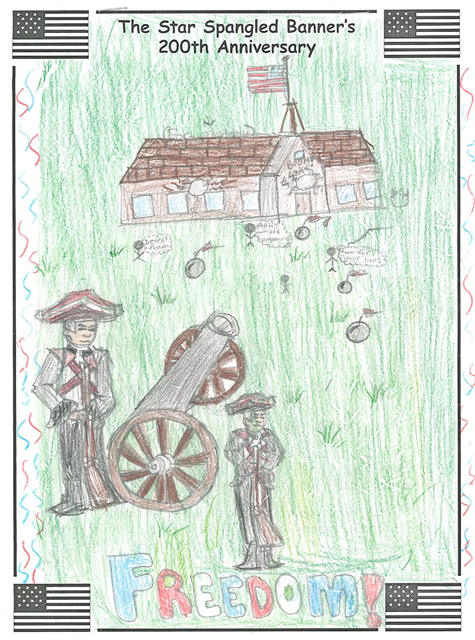 My picture has Fort McHenry in the middle of a field and cannons and bombs next to it, and in the picture the flag is waving on the other side ahead. In my picture you will also see people firing cannons and placing bombs in the field. I also drew the sun and clouds all the way up and didn't make the sky violet, orange, yelllow and blue because if I did it would look like dawn, and not the afternoon like it was supposed to be. The reason I don't want my picture to look like dawn is because the British and Americans found out if they won. They would know if they won because if the American Flag is up the Americans won . . . if the British Flag was up then the British won. . . . . Finally, I put a frame around my picture so it will make it look a little more fun. 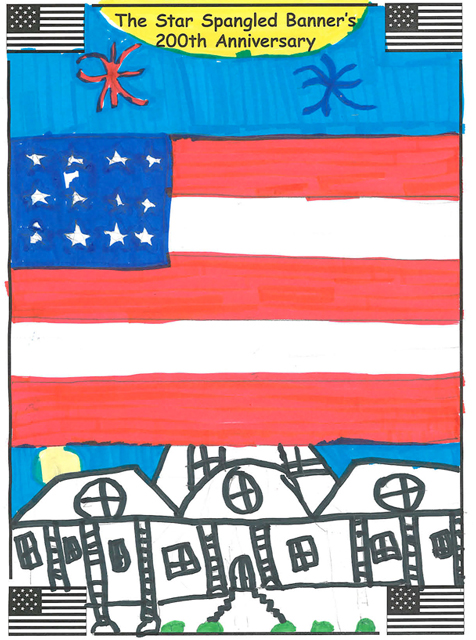 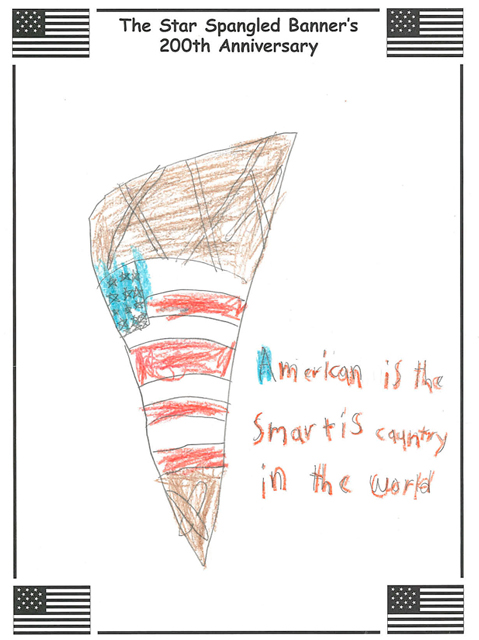