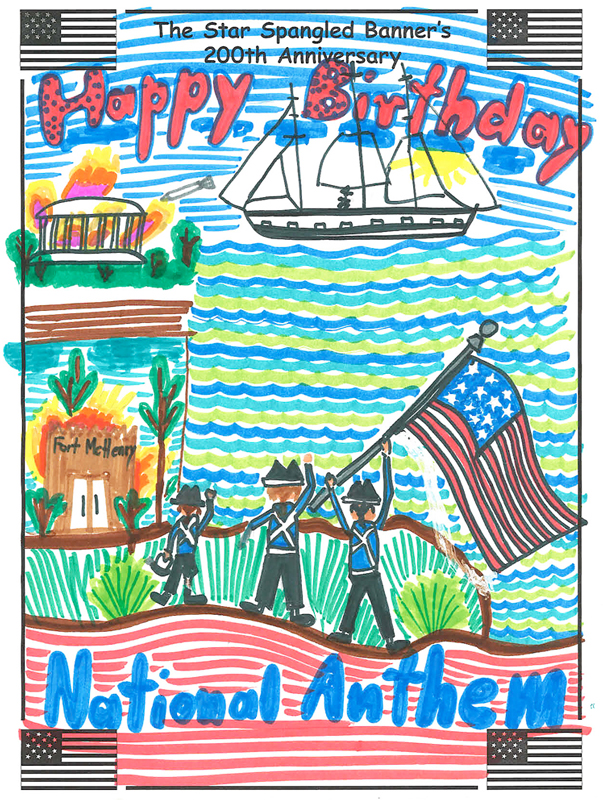 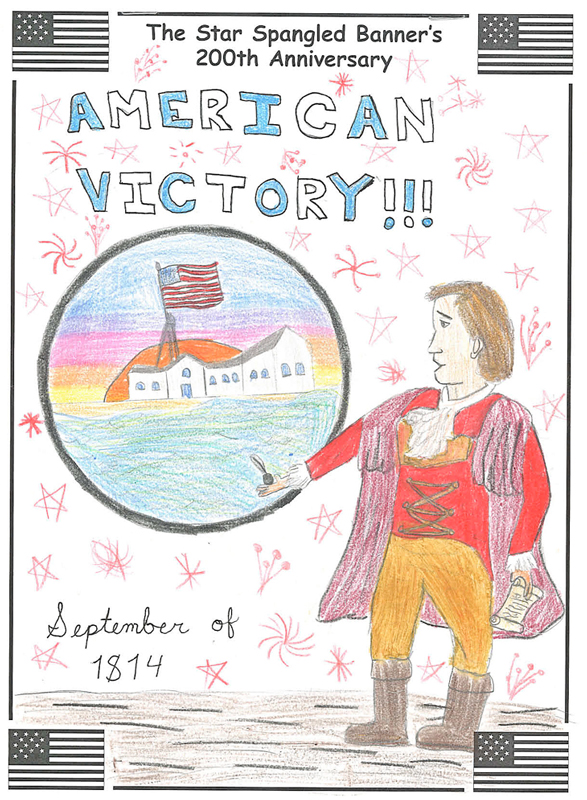 My picture represents Francis Scott Key realizing that we won the battle of Fort McHenry at dawn during the war of 1812. He was in the Briitish ship trying to argue his friend's way out of prison, while writing the Star Spangled Banner. He didn't know that the Americans won that battle that past night because it was too dark to see which flag was up. If the flag of the Americans would be up, his friend would be out of British captivity. Sure enough, the American flag was up high and the British troops let his friend go at down. That dawn, the flag inspired Francis Scott Key to write the Star Spangled Banner. I'm hoping that my picture will inspire YOU!